In 2008 Toyota began an intense marketing drive to promote its new ride. As you would expect, our appetite got wet and could not  wait to meet this new car, especially as it was coming from the Toyota who have built a glowing reputation for its self with offerings like theToyota Corolla and Camry. So much speculation pushed the auto media to a frenzy, some said it will surely be an SUV while other called it a Crossover. All that came to an exalted end as the All New Toyota Venza was presented to the public at the North America Auto Show in January 2008.

In all honesty, the Venza was neither and SUV nor was it a Crossover, it actually was something in between. To offer a better idea of what the Venza design was, the then Toyota Division General Manager Robert Carter said and i quote “We saw buyers that were sitting on the fence when choosing between an SU.V. and a car,”. It could be referred to as a tall sedan, with the functionality of an SUV and the size of a Crossover. The car was so well crafted that it earned solid reviews across the whole industry and oh it became the ladies favourite. Now lets take a closer look at the interior of the 2010 version this hansome piece of engineering craft. 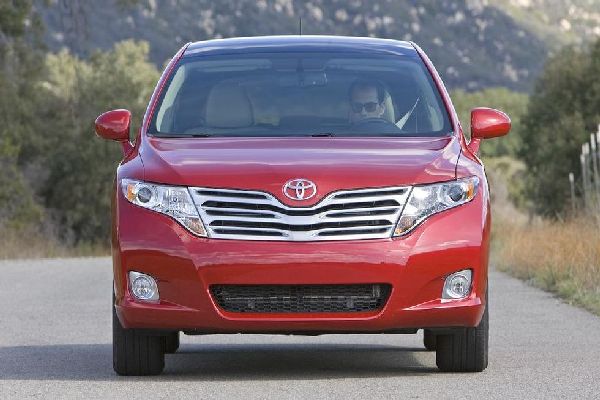 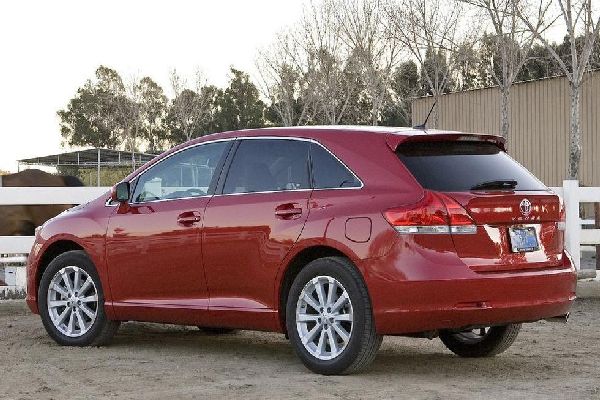 Toyota Venza has its seats dresses in fine clothe material, over soft and confortable seats that comes with Lumbar support for the driver. The front passenger seats offers a 4 way adjustment control while the driver seat can be adjusted in 8 ways, with even the rear head restraint allowing for 3 way adjustment. The rear seats come in the 60-40 configuration with front and rear seat arm rest avialable. 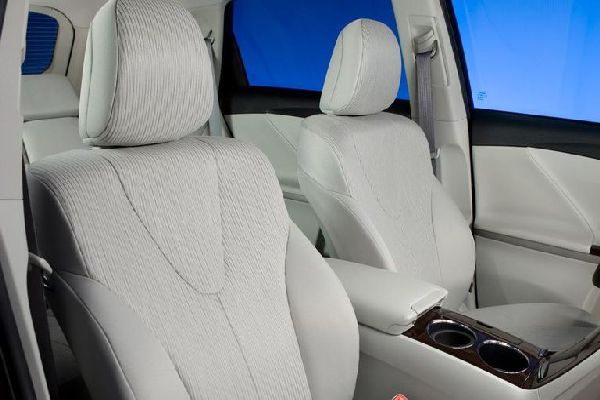 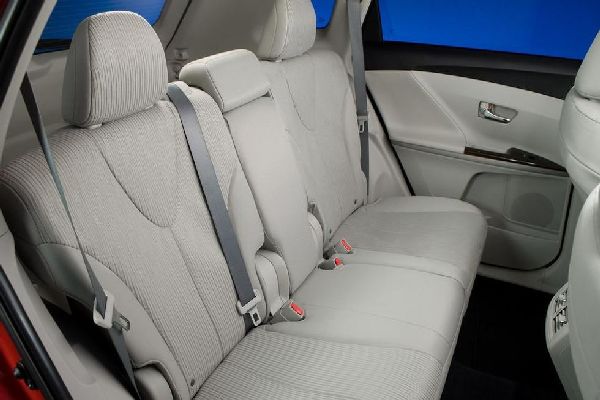 The seats are made with fine quality clothe materials

The dashboard area is just cool, dressed in fine wood trim that gives it a standard Toyota appearance. Four Air conditioning vents are clearly obvious when you look in at the dashboard, two boxed vents man the extremes of the front panels while the infotainment panel houses the other two, standing either side of the panel. The infotainment panel with its knobs and controls are perfectly positioned for easy access for both the driver and the front passenger. The panel also reveals the presence of AM/FM satelite radio, CD player with an option for DVD in higher trims, audio jacks and USB port. The higher trims also come with an LCD display screen which is DVD compatible.

On the other hand, the instrument cluster is just large enough, with clear and very visible display.The instrument cluster screen is fully support with LED technology that makes is inviting and easy to use even in the night. The steering is even fited with controls buttons that enhance the Toyota Venza experience. 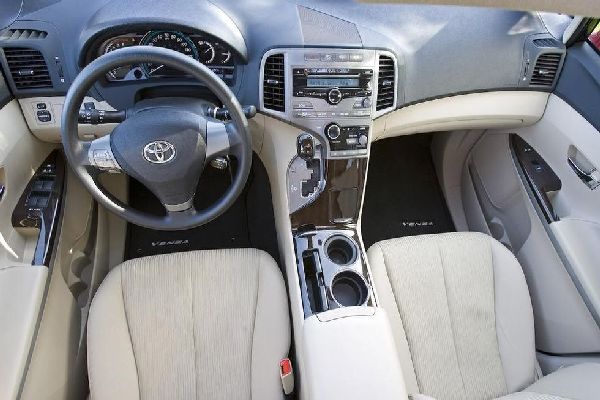 The Toyota Venza has its infotainment panel perfectly positioned

The 2010 Toyota Venza has its interior beautifully dressed with good space and exquisite furnishing. The cabin offers enough space for the 5 standard passengers capacity, offering about 40.2 inch of front leg room as well as 39.1 inch of rear leg room which means passengers can enter and exit the car to so much ease. The handsome rear leg room means back seat passengers will not be clutching their knees and stretchin their backs after taking a ride in the Venza. 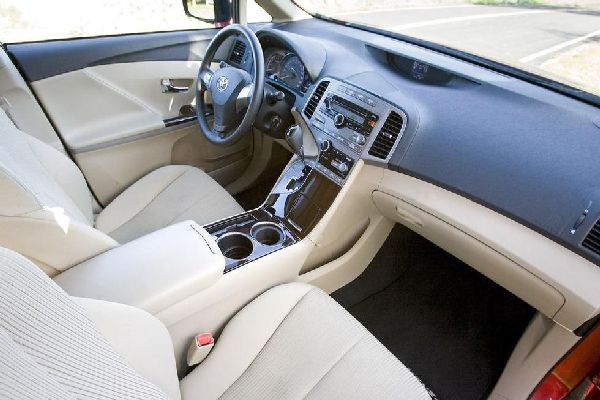 The 2010 Toyota Venza offers about 40.2 inch of leg room for front passengers

There is just enough space for cargo as well, with the actual luggage capacity standing at 30.7 cubic-ft while its maximum cargo capacity is further bumped up with the back row seats folded down to somewhere in the region of 70.1 cubic-ft . 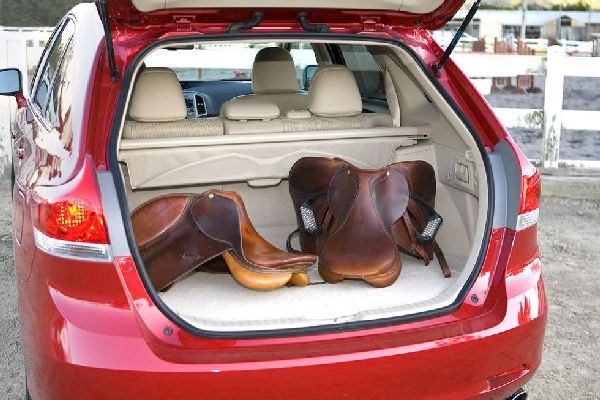 Toyota Venza is such a lovely car and has become popular amonst the ladies and recently the craze for the Venza has more than increased even when the production of the Crossover sedan had been stopped since 2015. You cant just fail to notice the power on offer in the Venza.  The 2010 Toyota Venza was offered in two engine types, the 2.7 Liter Inline 4 cylinder engine that delivered 182 hp and 182 lb-ft torque, as well as the 3.5 Liter V6 engine that delivered 268 hp and 246 lb-ft torque. Both engine options came with a 6 speed automatic transmission as well as either a Front-Wheel and All-Wheel drive train.

The Pricing of Brand New models of the 2010 Toyota Venza starts at about N9.54 million for the base Trim and goes up to about N11 million for the top AWD, V6 Trim. Used models prices for both Tokumbo and Nigerian used models ranges from N2.6 million to about N5 million.  You can expect the base trim and those with the Front Wheel Drive train to be cheaper while the higher trims with the All Wheel Drive train tobe more expensive. You can easily find options of the 2010 models of Toyota Venza for sale on the Naijauto Car Sales Page. In all the though, the 2010 Venza is just solid and worth every Kobo.

You can see more information about Cars for sale on Naijauto.com – one of the best online car buying & selling sites in the country. You can find countless new and used cars for sale in Nigeria with reasonable price tags in:https://naijauto.com/cars-for-sale

Naijauto.com is the most trusted online marketplace for Nigerian car buyers and sellers. View all posts by Naijauto