Naijauto.com has written on the Toyota Camry 2010 performance review. Read on to the end to find out which trim performance best suits your need.

The Toyota Camry lineup has been a best-selling sedan in Nigeria for over two decades with the Toyota Camry 2010 among the most searched cars on the internet which is why Naijauto.com has stepped in to provide an expert review of its performance. But first, let’s get an overview of what’s on the Camry 2010.

The Camry 2010 appears slightly compact and easy to park. Plus, it comes with a plainly built but upscale cabin with a comfortable seating capacity for 5 persons. On a general note, the Toyota Camry 2010 is a comfortable and easy-to-operate car, promising a lot of vigour and vitality for a variety of drivers. 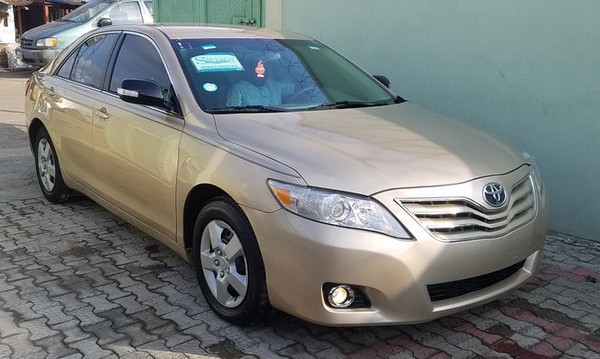 The Toyota Camry 2010 comes standard with a 2.5L four-cylinder engine capable of producing 169 hp and lb torque. It is also fitted with the fuel economizing Variable Valve Timing with Intelligence (VVT-i) technology.

The Toyota Camry 2010’s four-cylinder engine variant zips quite some power that is suitable for all kinds of driving styles. It also offers a better fuel economy than the V6 engine.

On the flip side, the V6 engine variant is ideal for drivers who always travel with a full load or those desirous of a high-speed engine. 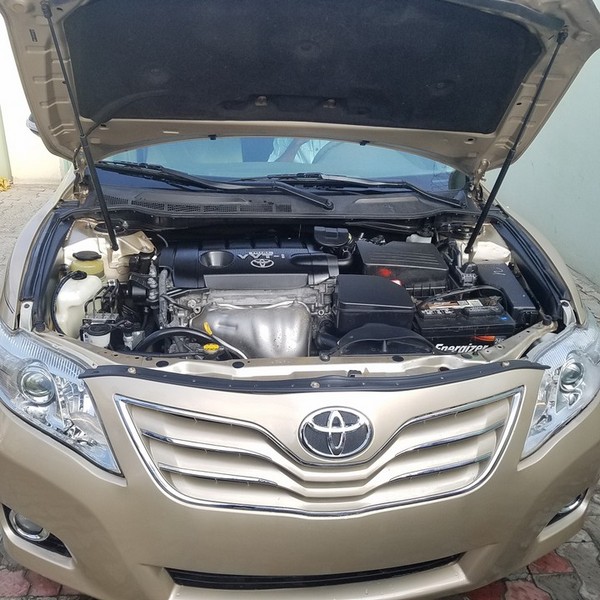 With the four trims of the Toyota Camry 2010, it is very hard for this midsize sedan to fail to meet any class of buyers needs.

The Sports Edition (SE) trim of the Toyota Camry comes with a rather stiff suspension and other performance-based improvements such as an extra power advantage. While the base, LE, and XLE trims produce 169 hp, the SE reels out an impressive 179 hp that helps it achieve its predestined sportiness.

Since the debut of Toyota Camry in the Nigerian market, this midsized sedan has earned an overall reputation of reliability, great build quality, and long-term durability. Its resale value is another reason Nigerians love this creation of the Japanese.

Now that you have gone through this extensive Toyota Camry 2010 performance review, we hope you can now confidently go ahead to make the right choice of either of its engine variants and trim that best suits your driving need.

Naijauto.com is the most trusted online marketplace for Nigerian car buyers and sellers. View all posts by Naijauto